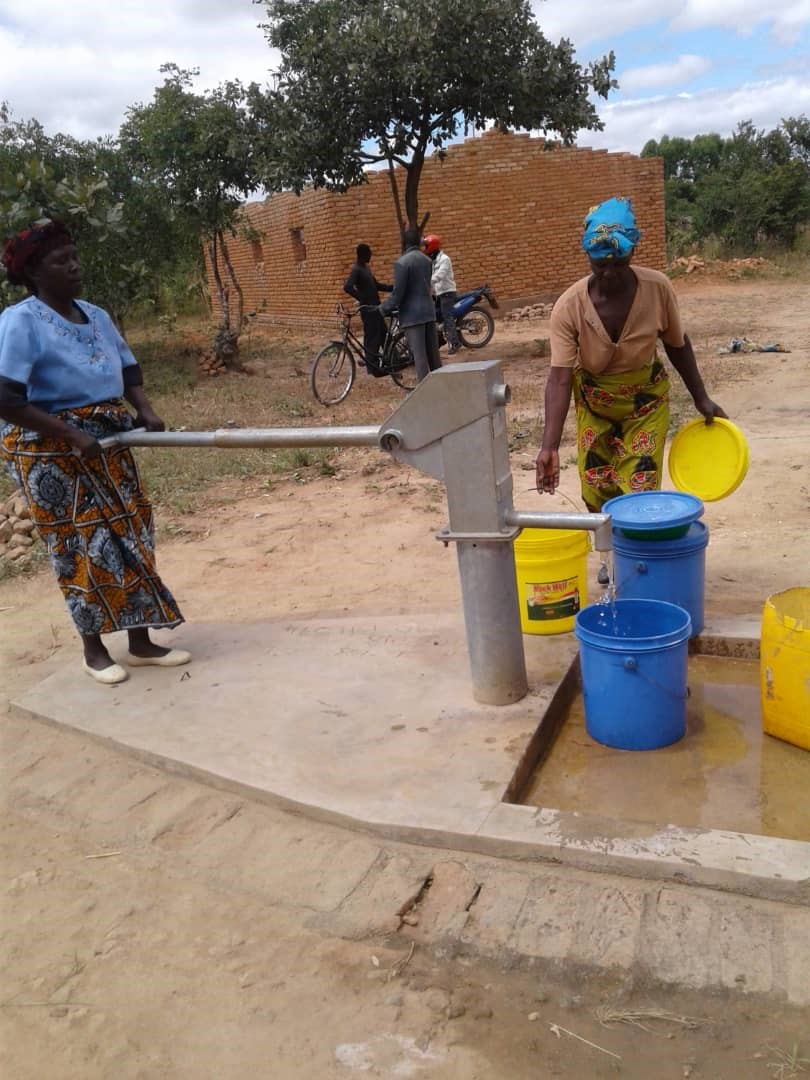 TDI with support from Willow Creek continue to support communities through local churches in the Water and Sanitation Sector.  Over 100 boreholes have been drilled since 2010 across the district through this partnership. Nasato and Siyombwe are amongst the lucky church communities that received support in 2017 and 2018 respectively. Community members share pathetic stories about the water situation before boreholes were drilled in these areas.

Women used to draw water from unprotected wells and water borne diseases like bilharzia, dysentery, scabies and diarrhea were the order of the day. Sometimes girls could be prevented to go to school in order to help mothers in fetching water and this affected their education.  Sanitation and hygiene was compromised as people priotized the usage of water to drinking and cooking. Hand washing in the five critical times and bathing was secondary especially in Nasato where women walked 5 kilometers to Songwe river.

Both communities are thankful to God for the gift of the boreholes drilled in their areas. The situation has improved greatly. Women now walk shorter distances to fetch water, sanitation and hygiene has improved, incidences of water borne diseases have reduced, school attendance especially in Nasato has improved as girls no longer stay away from school. In Siyombwe, the church managed to complete their building project with ease as the water source was brought much closer to the project site. In Nasato the water facility management committee managed to raise MK186,000.00($256.551) for borehole maintenance through a borehole savings group. The borehole in Nasato benefits 601 people from 120 households in three villages and the one in Siyombwe benefits 423 people from 91 households in 3 villages.